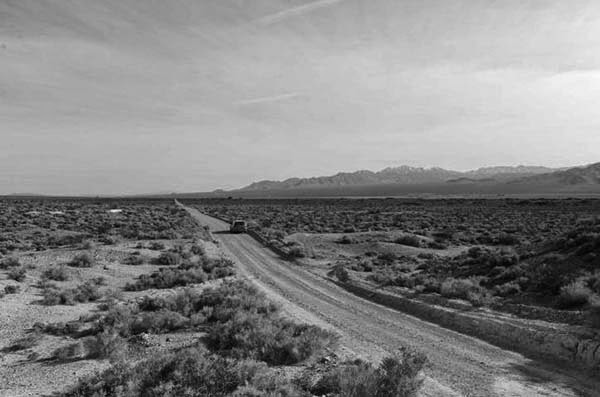 Barry knew that the Vanagon was on its last leg. It’s been burning oil for a while and now the greasy steam whistling out of the engine was likely a blown head gasket. Still, he kept going. His dashboard lit up like a Christmas tree, and suddenly, with a spine-jarring jolt, the van stopped. His engine seized. His wheels, much like his life, was going no where. And five miles from Bakersfield of all Godforsaken places.

He looked through what was left of his life inside that damn rolling coffin. Other than a sleeping bag and The Photo, there was nothing worth keeping. Well, maybe that little gift can of assorted spices, it helps makes the canned beans taste better. He grabbed his flask and his backpack. He took one last look at himself in the rearview mirror… his beard was still scruffy and his hair was almost shoulder length. He winced—there was a clean-cut time where he had a car to match his BMW key ring, but those days are gone. Especially after she—

Put it out of your mind.

He shut the van with a slam, stopped for a second and then kicked three dents into the door. He stood back and pulled out his pack of cigarettes- two full ones left, and a half one with a lipstick stain on it. He sniffed the short one and then put it into his shirt pocket and lit one up with his solid gold, engraved lighter. He walked back toward the dusty desert town he just passed twenty minutes ago.

Luckily the sun was to his back as he was walking down the highway. His shadow, long and lean, grew longer and longer. He was pretty sure it would be dark by the time he got to the outskirts of town. He pulled out his wallet and looked to see how much cash he had. Two twenties; a ten; three fives; eight ones… great. That $73 dollars might get him two nights in a motel, and maybe two cans of food. He then pulled out the lighter, contemplated it for a second, then shook his head putting back into his pocket.

Maybe he could get a cup of coffee in the diner he saw, and maybe wash up in the bathroom… there might be someone there he can scam. Sometimes those old widows need their pipes cleaned, and he didn’t feel picky.
writing WRITING PROMPT