Showing posts from September, 2011
Show all

The Future of Digital Sketches 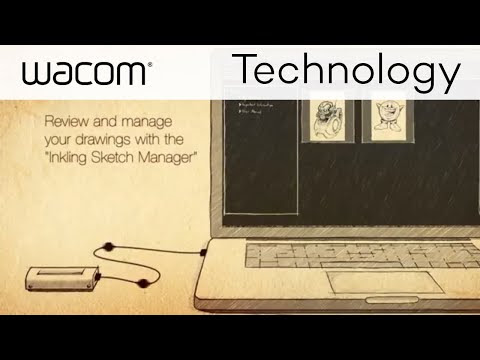 I love paper and sketchbooks. I prefer them to my plastic Wacom tablet. Don't get me wrong, I'd be lost without my Intous... but Wacom has created something very much worth looking into:

I seriously believe this is going to change how we work. And for only $199, I want one. 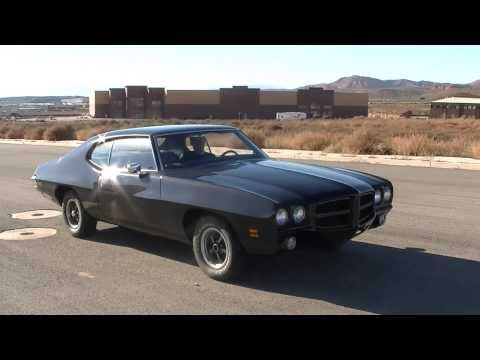 I always love finding videos of people enjoying their Pontiac LeMans. I found this one- I really, REALLY like how they've done the front end- no bumper and black grille- it looks really aggressive:


The ONLY bad thing about this car is they put a Chevy 350 in it.  I realize he's still working on it, but it sounds like it's cutting out... aw well, as long as he's having fun with it- which it looks like he is.

RALLY ON
I managed to get the wheel locks yesterday using a 19mm socket and breaker bar- came off like nobody's business.  After that I got the rallys on and my daughter even noticed it raised the car by 2 inches.  It's stance is more brawny and it's amazing how much difference tires and rims can improve the looks.


My other brother-in-law Mitch offered to help me rebuild the engine- he has everything we'd need to do it... I'll definitely be taking him up on that offer.  He's been working on cars for over 30 years, so I know I'll learn a thi…
Post a Comment
Read more

I haven't been able to work on the LeMans this week.  However, while crawling the classifieds, I had come across some sand blasters for cheap.  I started researching this as a means to get rid of the horrible primer job the previous owner did to hide all the body imperfections.  Here's one guy's video that made me really consider this as an option:


I know there are attachments to suck up what you blast... a cheap alternative to sand blasting the car.

CURRENT BODY
Prepare yourselves- this can get ugly:


CLASSIFIEDS CRAWLIN'
As you know, I've spent the past twenty years as an illustrator so all my time AND MONEY went into pursuing that.  Of course other too
Post a Comment
Read more 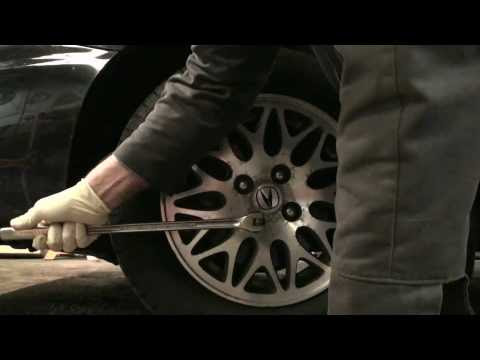 So, finding a key to the wheel lock ended up being a bust.  Apparently they change the patterns after a while for security reasons- it's not really secure if everyone has the same key.  I called the previous owner to see if he had the key (which I really should have done first), he asked if it was just on two tires, told me his friend put them on (wtf?) and he doesn't know what to tell me.  I had a feeling that was a longshot which is why I didn't do that first.

That said, it looks like I'll have to do this the hard way.  I found this tutorial- and to mirror the guy's disclaimer:don't do this for illegal purposes!!  If you're in a jam and you lost your key, or like me you bought a car and the key wasn't given to you, here is a good last resort:


I'll let you know how it goes, but I'm confident that they'll come off with a breaker bar.

Taking Stock in my Stock Car 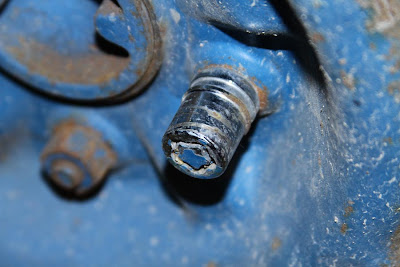 So, I was all excited to put those Rallys on the car this weekend.  I got a new 2 ton jack and some jack stands and popped the hubcaps off only to discover this on both back wheels: Yeah.  And I don't have the key.  Luckily, I was able to find the correct one online- but I'll have to buy the entire wheel lock set just so I can have a key- only about $25.
I know I could probably get this thing off by tapping on a socket and using a breaker bar... but I don't want to ruin the lock or messing with my bearings if I don't have to.
As promised, here are some pictures of the fuel tank intake- you can see what I mean about it being mangled and not taking a gas cap.  Not safe at all.  Replacing the fuel tank is the first item on my list.
I really think it's because someone pried off a lock cap.   Here are some undercarriage pictures of the tank:
On the opposite end of the fuel system is the vapor canister.  I am going to replace the filter on that.
I wanted to also show the carb…
Post a Comment
Read more 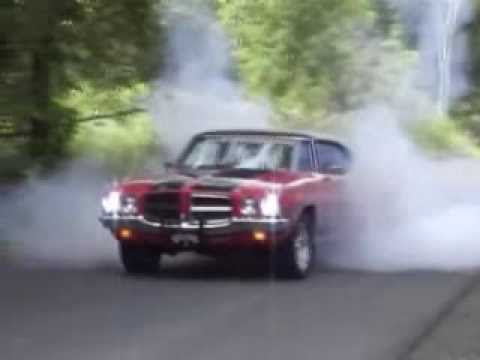 FUEL!
The car runs decent, and is in fair shape but I'd say out of everything the fuel system is probably the worst (and definitely the most dangerous) part of this car. So the first thing I want to do with the car is get the fuel system working properly so I can drive it safely if I need to move it before the strip down next year.  I'll need to:
Install a new Air Cleaner to replace the missing one - the guy had a pie tin and crumpled plastic bag protecting the carburetor... luckily he took it off before he sold it to me but all I can think is the mangled hood pad fibers being sucked into the carburetor when I have to move it.  I just want to know what happened to the original Air Cleaner...?Replace the Vapor Canister Filter or the Vapor Canister itself.  The thing is rusted and should probably just be replaced.Replace the Fuel Tank - if I can't get the cap on who knows what kind of condition the tank itself is in.  I've been researching this one carefully- I'm defin…
Post a Comment
Read more
More posts