Showing posts from January, 2014
Show all

"Tales from the Lost Skies" webcomic 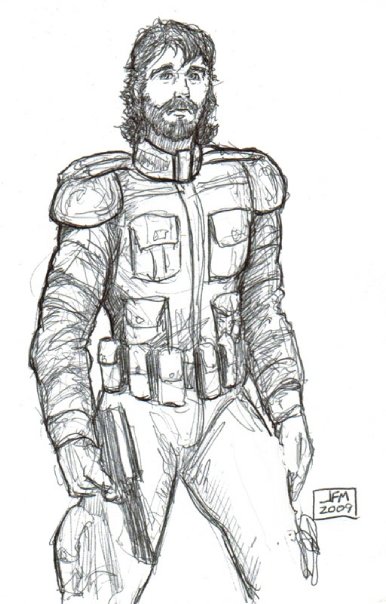 On my end-of-the-year post I had done, I realized that I had lost sight of what I wanted to do specifically with Lost Skies as a brand. Then I realized, I will put it to good use- as the title for the webcomic series I had been planning for years.

"Tales from the Lost Skies" is a space opera adventure comic strip that takes place 200 years from now in our solar system. An inciting incident sets a path for some intrepid spacers, who through an epic adventure uncover the cause of the cataclysm that nearly wiped out humanity.

The webcomic will post twice a week- Mondays and Fridays. The scripts are written, many of the designs have been done, and onto actually scratchbuild modeling some of the spaceships for some accurate shots! I know I could have used a 3d modeling software, but where's the fun in that?

So there has been quite a bit of movement around the Lost Skies sites lately. I've began building a wordpress blog at lostskies.com so it can host the comic series. Th…
Post a Comment
Read more

Throwback Thursday... plus a day. 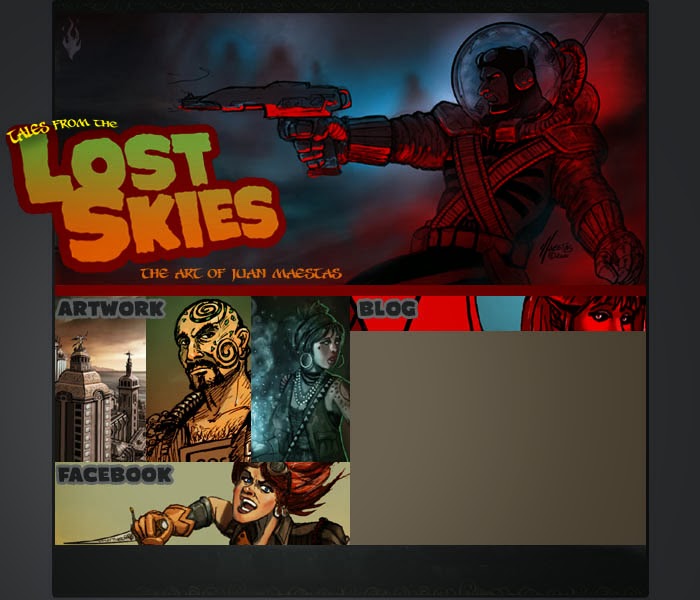 I meant to do this yesterday but I got hung up on a project.

Since I was paying for the space on lostskies.com anyways, I decided to upload an older version of my site. I realized I'm missing a couple of images and the Twitter feed isn't working, but other than that, it's certainly the direction I want to move forward with Lost Skies. It's just a reflection of where I want to focus on. Expect an update in a month or so. 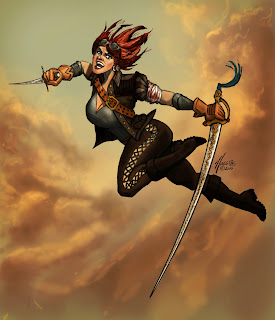 Well, since lostskies.com is down for a bit, here's a link to my current portfolio- right here on this blog!

2014 seems to be shaping up with new opportunities, and I'm open to them. Aside from a personal project that I've been wanting to work on for some time - a webcomic.

In the meantime, you can view my gallery on this site- The Art of Juan Maestas.

SO, here's an old familiar illustration- my Steampunk Sky Pirate that I painted a couple of years ago. I particularly love how the painted sunset clouds worked out.  Enjoy!
Post a Comment
Read more
More posts