Showing posts from November, 2015
Show all

There was a trend (that didn't last long, I might mention) on Instagram where artists were using the app Motion Portrait to 'animate' their drawings. I downloaded them and came up with these fun bits:


It was fun. I had an idea that you could animate some scenes in a sort of DIY cartoon using this app. I might as an experiment, but for right now it's nothing more than a novelty. An addictive novelty, though. 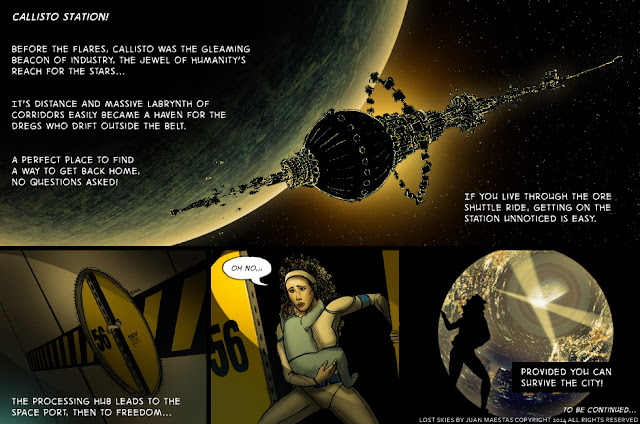 Ideas are ethereal. They’re out there. You may be lucky enough to catch it; when you do, it’s your obligation to do something with it. If not, it goes back out into the ether and someone else will catch it sooner or later.

A couple of years ago I had an idea about a near future where the human race was stretching into the solar system. People mostly lived in habitats on the moon, Mars, the asteroid belt and the Jovian moons. I even started a web comic titled “Tales of the Lost Skies” using this very blog’s name.


I also had a few stories that I wanted to integrate into it:
Mushroom Moonshine
Ceres Gambit

But, I lost interest. I didn’t develop it, and it slipped out of my fingers.

Today, I watched the online premiere of Syfy’s show “The Expanse”. I loved it. They did a better job with the story as well as the revenue to truly make it an enjoyable show. And, it made me realize that I let that idea slip back into the ether- whether it was even mine to begin with. I make no claim on what t…
Post a Comment
Read more 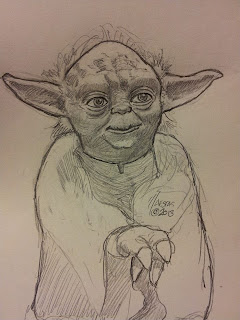 Well, although we're not to Thanksgiving yet, I wanted to give a retrospective on 2015... it's been a wild ride.

Every year a "theme" presents itself that puts a stamp on it.

In 2011, it was Money- I had spent nearly the entire year chasing a client to pay me for some christmas illustrations I had done for them. Egos clashed and ethics were questioned. I was finally paid (in installments, no less), but the amount of effort it took to get what was owed to me was ridiculous.

2012 was about Career. I love my day job; we have a fantastic team and a solid strategy, but that wasn't the case three years ago. I was dealing with a few characters that made my year there less than ideal, and I dreaded going to work. I was also in a state of trying to decide what to do with my life- I needed direction.

2013 was about Family. It really tore me apart when I lost my dad in January of that year. Although I was his only son, we were polar opposites. He wanted the best for me, b…
Post a Comment
Read more
More posts