On writing, drawing, and filming. 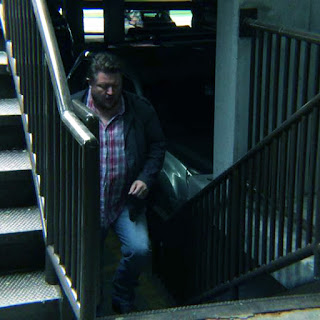 Right now, I have three short form films in development: two narratives and a minidoc.

The two short films will only be about 2-3 minutes long. The first one is called TOE TAG, a thriller with a twist starring Joey Sanchez and Geoff Richards. We’ve done location scouting and the script is in place. I’m in the process of looking into permits. Since there are some action shots, I've ordered the Fotodiox Freeflight 3-axis gimbal stabilizer. I'm excited to get that.

The second film’s working title is The Letter. It’s a road trip drama featuring Joey Sanchez and Jenny Aguilar. This one is in development. The gimbal stabilizer will also be useful here since there’s a number of traveling shots.

My mini-documentary will be about my neighbor, Craig Collings, who is the hard-working owner of Collings Awning. I’m looking forward to this because I find what he does fascinating, and the fact he and his wife Kathy have been able to sustain their own business for nearly 30 years is inspiring.

The workload at my day job has increased significantly, but I am settling into doing more video work instead of illustration and animation. While I have the skill to do many of these things, being a jack-of-all-trades has a tendency to pull you into too many directions at once. It’s extremely difficult to switch gears. Our team has been growing and many of those responsibilities will fall onto others. I’m happy that I’ll be able to focus on one job, and to do it well.

Compelling Stories
I have a slew of short films I'd like to make, but I haven't really written anything in a while except for The Letter. I was working on a feature length drama, but the story was beginning to meander because I haven't solidified many of the character's weaknesses. Drama is about confronting weakness and finding strength- at least it has been in my stories. I'm trying very hard to avoid cliches... and that's what's slowing me down.

My Illustration Dilemma
The hard truth is that Illustration, as a vocation, is all-consuming. All of the greats spend long, long hours at a desk focused on the work. You need to be dedicated and obsessed with it. \It was my first love—it's difficult since I also love filmmaking.

That said, I like to illustrate my own stories. I have many waiting on the shelf. I’ll go back and play with them when I’m ready. But, after some recent attempts, I know now for a fact that working in the comics realm collaboratively is a very separate path than filmmaking.  I have a choice to make.
filmmaking illustration writing