I bit the bullet. 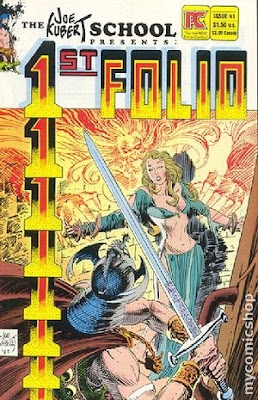 Originally posted a few years ago- but blogger seems to make these jump back to the top after you've unpublished and republished again.

I'll be the first to say I never finished my end of the bargain on these correspondence courses. This one came right before my dad passed away, and while I've gone over and used the materials the boxed set came with, I never had the nerve to do the work and send it in for critique.

If I do another course, it will be for story graphics or inking. I'm not severely interested in being a comic book artist as much as the now extinct Adventure Comic Strip artist (like Milton Caniff)- which was my first exposure to it all and what I really wanted to do. I may resurrect the webcomic attempt yet.

With that, here's the original article below, from sometime in late 2012:

After many, many years of regretting not going to the Joe Kubert School, and pining over the Correspondence Courses, I bit the bullet and ordered the "Heroes and Superheroes" course!

When I say many, many years, it goes back to 1988. I was rummaging through the quarter-bin comics at the now extinct "Comics Utah" and found something that caught my eye. It was the 1st (and to my knowledge only?) issue of "Joe Kubert School Presents 1st Folio." It caught my eye... what was this school? Subsequently, I saw ads for JKS throughout many of my comics, and had always wanted to go. I even went so far as to mail them for information, but fear held me back. Yep, I said it, fear. I won't blame life circumstances, or marriage, or kids, or money... it was fear. I was afraid of traveling cross country, if it was something I could make a living at with an impending family.  I feel I could have, had I had faith in my ability and just worked hard at it... but I didn't know that then, I was just running on emotion and shrank back. Of course, the lack of a support system probably set me back, but that's another story.

So, yes, I do regret not 'going for it'. But really, that's neither here nor there. I love my life and kids now, but I really wish I would have had the courage to go for it back then. 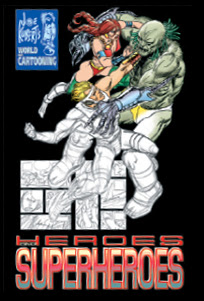 Financial reality really does prohibit me from going now. But it doesn't prevent me from doing the next best thing- ordering the course and doing the best I can on it and get some insight from instruction off of my attempts and not just some examples out of a book.

One thing I do have now that I didn't when I was younger is life experience... and all the knowledge I've accumulated from filmmaking and learning about animation. Acting, composition, storytelling, pacing... But I am very mindful that while I do have a more solid understanding of all of this, I am still a student, and I am still wanting to learn from instructors- and I want to avoid the impulse of trying to impress them. The trick is to be humble- that allows you to learn more.

So, all that said, I am really excited to get the first course that should be arriving next Tuesday! I will post pictures of unwrapping it!!!