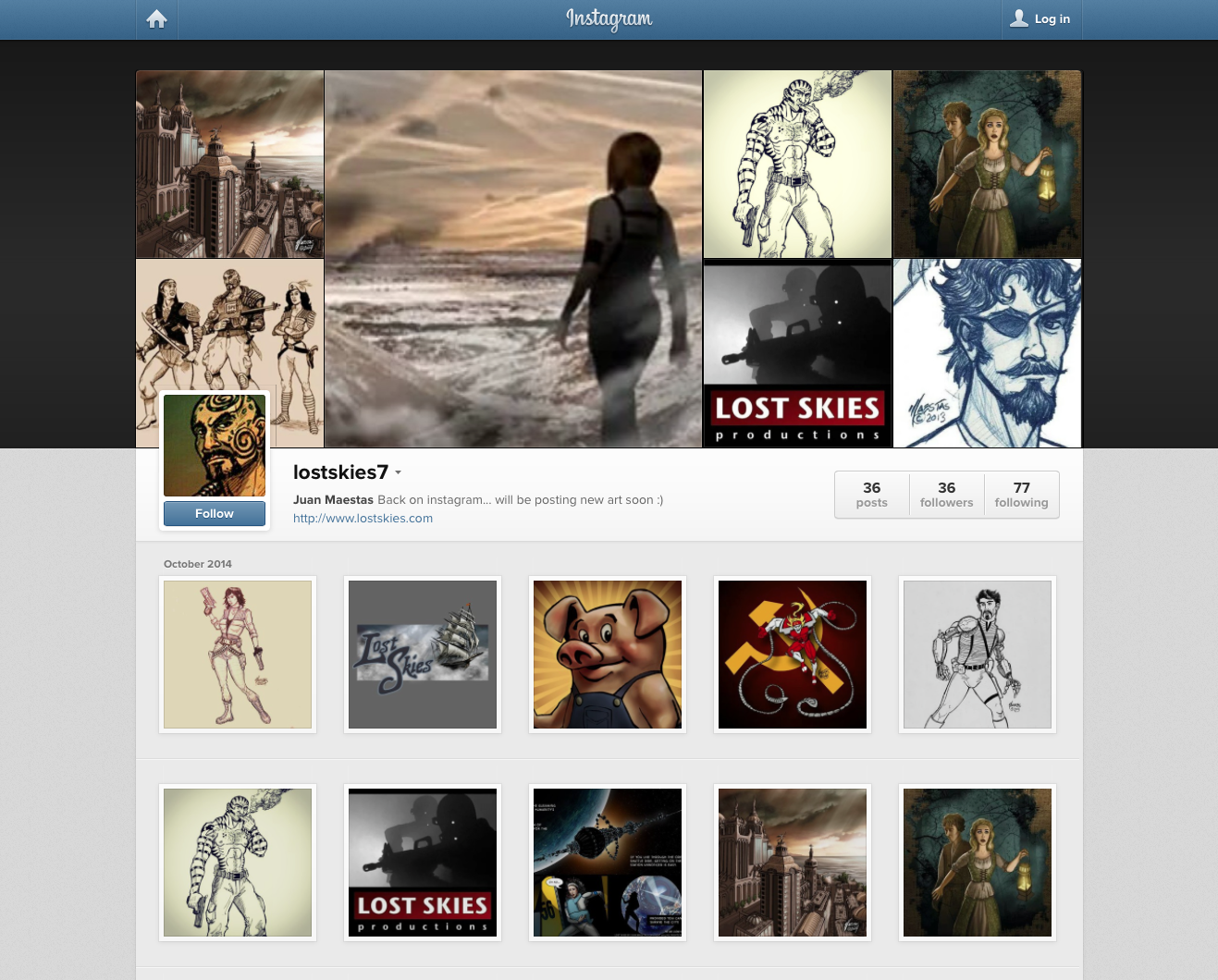 I've been putting as much of my best art on my new Instagram account @lostskies7. I deleted my old account a few months ago (no clue why...) but instantly regretted it. SO- since I couldn't use my old handle, I've opted to stick a 7 at the end of it since it is my lucky number.

So, remember all those previous posts over the years where I kept eluding to my "space opera epic"? Well, it's finally happening. I have shoved everything under the bed and out of sight so I can focus and do this thing! I'm still not ready to announce the title, much less any details about the book, but I will give some insight into it:

It takes place in the far future- against a galaxy spanning, Earth controlled empire. There will be giant robots in it. Certainly lots of action- from space battles to martial arts to gunfights and chases. There is a large subplot of unrequited love, and the major part that plays within the context of the story. The art style is my house style- an attempted mix of Al Williamson and John Buscema, with a pinch of Frazetta mixed in.

Not sure when it will be finished- I haven't imposed a timeline to it yet. I am rewriting the original script though... I have a way of making it even better. I DO, however, want to get it ready in time for next year's Salt Lake Comic Con, and San Diego Comic Con would be just as good! That's the plan, anyway.

So, that's where we're at! More to come!
filmmaking writing