Getting real about wants and needs

on February 24, 2016
As much as I would love the form factor of the Redrock Micro Retroflex-S and the Sony a5100, I need to be pragmatic about where my money is better utilized. The cost for those (including cards, lenses, etc) would cost $1,500. That’s a serious chunk of change, and it’s not including audio. I may indulge at some point, but realistically I need to be more fiscally conservative.


Panasonic’s GH3 has come down in price considerably since the GH4 was introduced a year and a half ago. I’m sure a GH5 is in development… However, for what I need to do in the next year, the GH3 is more than enough camera to handle the needs of my next dozen or so projects- which DP demigod Philip Bloom shows in the video above.

The micro four-thirds sensor is half the size of a full size sensor, but it can use far more lenses- including old cine/tv c-mount glass and Newsie ENG B4 Mount lenses. How cool is that?

More than anything, I want to make a feature length film. I have had a number of attempts, of which I had learned so much… not just about what it takes, but what I can expect from other people. Filmmaking School of Hard Knox. 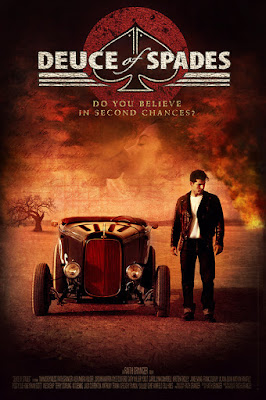 One of my constant inspirations is Faith Granger, and her feature length film “Deuce of Spades”. She shot her feature on a barebones budget and a lot of favors- and the product looks amazing. She shot on an first generation Sony HD camera, and edited in Sony Vegas.

The greatest thing about this movie is her passion for the project. Finding the right project to immerse yourself in can be challenging, but sometimes the project finds you. That's true art.
filmmaking inspiration resourcefulness