And All I Ask is a Tall Ship and a Star to Steer Her By...

on December 16, 2011
If you've ever read Sea Fever By John Masefield, and you have a passion for something, you know what I mean. It's simply time to redouble my efforts and narrow my focus. 2012 will mark finishing Southside of Elsewhere, creating another short with refined and better technique, and starting on my first feature.  If you've been to my main site- www.lostskies.com, you'll notice it's had a major redesign to reflect that.

So with all of that, I've decided to retire from freelance illustration and web design. While I'll still take on freelance graphic design, photography and video production jobs, they all fall into what I deem necessary to steer my ship to reach my goal- to do filmmaking fulltime, and support my family while doing it.

Poor thing is sitting patiently, cold in the garage. I am going to replace the carburetor and fuel tank in March, then replace the entire break system and all the hoses and wires. I'd like to get this thing out on the open road- I really want to see what this baby can do!!!

I had mentioned before it will have a cameo in "Imprint", but will be in a starring role in my future noir.  Gotta get the thing running first!
filmmaking illustration Lost Skies

Recently, an incident shook the complacency from my life. I…

A few days ago, I had a long conversation with my day job manager, Marc, who is also my mentor and friend. Our chat went to discussing those who we would consider our personal Nemesis. His was a narcissistic old professor he had while he was in college. The dude sounded like a real deuchbag, but Marc persevered. Mine, no less deuchy, was a former friend and business partner from ages (read 'DECADES') ago.

We both got worked up as old memories surfaced and we told our war stories of betrayal and disgust. It's easy for old wounds to open up especially when they're so deep as they happened so young. After our chat, the rekindling of old anger dredged up the motivation to work on some projects. Applying salt to an old wound is not healthy, but it is effective.

However, the poison faded quickly- the thought of drinking in more toxic memories to feel powerful conjured many a cautionary tale. They ARE old wounds, but they HAD HEALED. My former acquaintance had actually given… 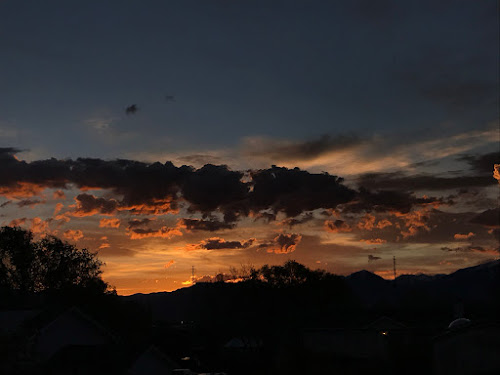 Note: This was written and work-shopped with a creative writing class last month. Let me know what you think in the comments!
---

THE MATCHBOOK by JF Maestas
The neighbor’s dog kept barking, and all I could think while I was lying in bed this morning was “Didn’t ol’ Toby die last year?” I took a drag off of my cigarette and paid it no mind. I had other items that I was worried about, namely: trying to find out where my client’s wife had run off to; putting a skip-trace on that prostitute that managed to slip away after bail was posted by her presumed pimp; and how I should let Jimmy Lindgren rot in a jail cell being it's his third conviction, but he’s a good kid with a good heart maybe if someone just put him on the right path he’ll… likely go back out and do it all over again. I don’t know why I even try.I guess I should introduce myself. I’m Pete Morrell, former cop and now a skip-tracer for Bond’s Bail Bonds. Oh, it’s wonderful. I tend to subsist on gas station hotdogs and stale, q…